The Supremes scored their fourth US No.1 single with ‘Stop! In The Name Of Love.’ The song was included on the Supremes‘ sixth album, More Hits by The Supremes, and was nominated for the 1966 Grammy Award for Best Contemporary Rock & Roll Group Vocal Performance, losing to ‘Flowers on the Wall’ by the Statler Brothers. The song was also honored by inclusion in the Rock and Roll Hall of Fame’s permanent collection of the 500 Songs that Shaped Rock and Roll. 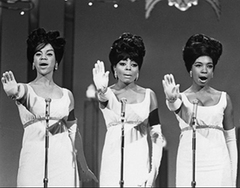 This Day In Music 1966: Bruce Springsteen